This is the first time I have come across Alex Cross, psychologist turned senior member of Washington DC’s Metropolitan Police Department, but as he has featured in at least a score or so of Patterson’s crime novels, other readers may be more familiar with the man described by other crime writers as “a legend’’.

The huge amount of killing in this book but its bloodthirstiness is tempered with some light relief in the form of glimpses into Cross’s personal life: he is married to a colleague, Bree, who, in this book, becomes his boss and has three delightfully normal children. The entire family is kept in order by his 91 year old grandmother, Nana Mama, who provides affection, delicious meals and lively humour.

Cross is involved in investigation on three fronts here – one the search for the killer of a close colleague, shot in a supermarket checkout, another for a motorcyclist whose targets are other motorists, especially those driving posh cars at high speed, and third, a highly trained gang of former servicemen, who successfully wipe out laboratories or factories producing drugs, leaving dozens of corpses behind them.

Any move against them has to be made with extreme care, as they possess enough of VX, a deadly substance, to wipe out the whole of Washington DC.

Action moves fast on all three fronts so the reader has to remain alert, especially when there is an occasional overlap, but it is worth the effort. Suspects abound – divorced wives, former cops, night club owners, expert marksmen – all of whom become subjects of Cross’s police experience, instinct and work as a criminal profiler.

The lives of both Bree and Alex are at risk by the end of the book. Fortunately they survive, so there will be more novels to come featuring the eminently likeable Cross. 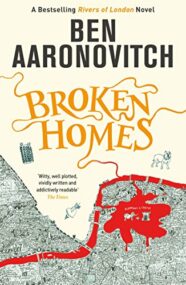